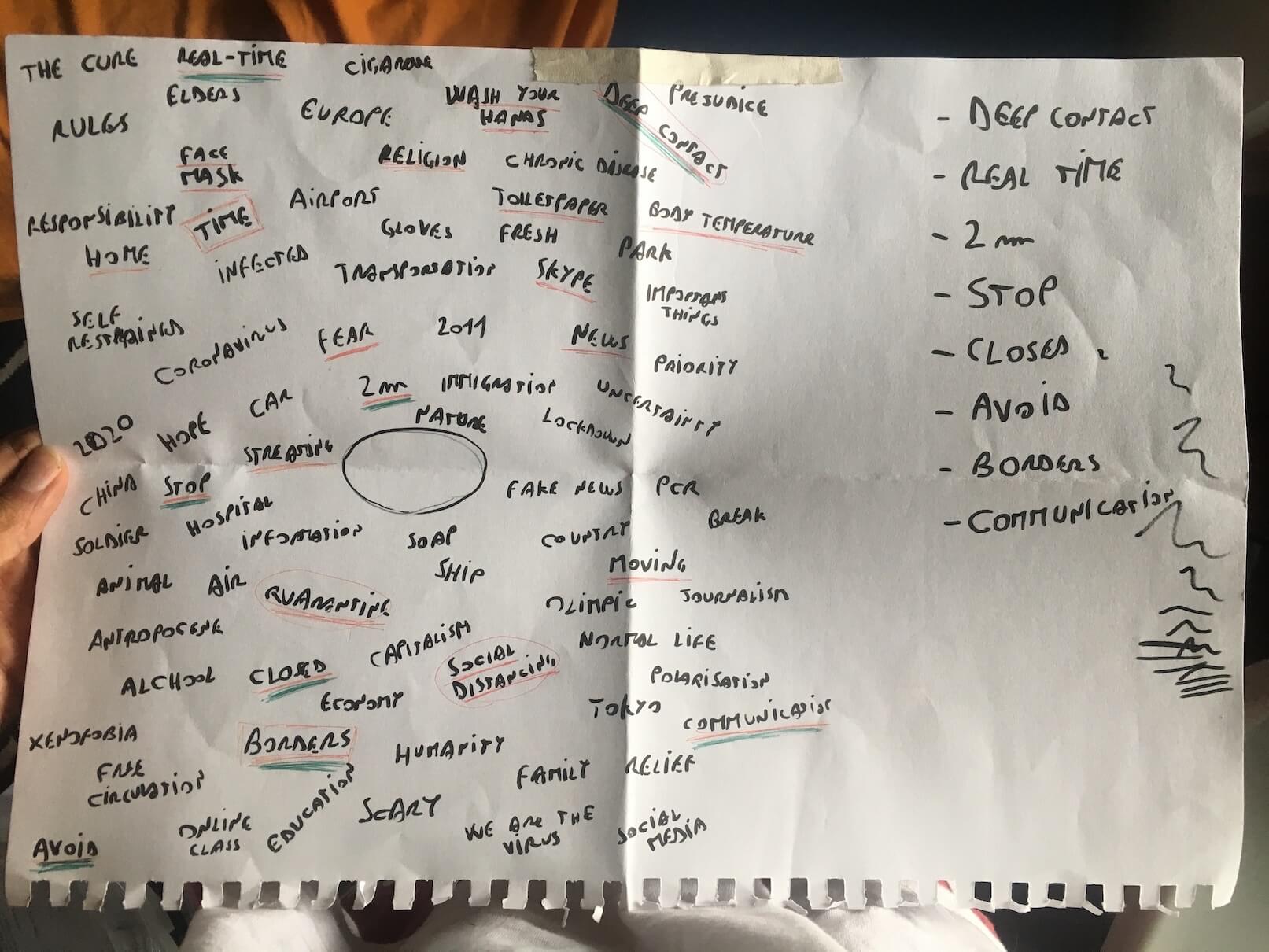 I finally find my time to think about a little performative act Mogumoguoisii and I did some months ago. I am now in Italy in the middle of my two-weeks fiduciary quarantine, after being in Jerusalem during the worst days of the corona crisis in Europe. At the time there it was definitely better than Italy, at least from what one could guess through the media and what my parents were continuously telling me: that it was a hell.
Well, during my little lockdown in the Old City, my friend and I had time to skype daily and talk about the situation. She had to leave Israel to go back home some days before, because the airports were going to close and everywhere was a confusing mix of misinformation, fake news, leaks and uncertainty. She had to go back to her family, and I decided to stay. So we were trying to understand what was going on, all what they say concerning mass surveillance now being possible in a state of exception, hearing the siren in Tokyo saying to stay home, guessing what would have been a future scenario and the consequences of the new restrictions to avoid physical proximity. And then we discovered that through a screen, one cannot look into the eyes of the other and being looked the same way, at the same time. The different reciprocal positions of camera and screen don’t physically allow for it. Either you look, or you’re looked at.
And that’s particularly interesting when thinking about social distancing. it's no longer possible to look straight into each other's eyes.